Homepage > 10 Books You Should Have Read in High School, But Didn't

10 Books You Should Have Read in High School, But Didn't

Tired of looking completely clueless in your college English classes because you didn’t read a single book in High School? Here’s a bare-bones rundown of what you missed: 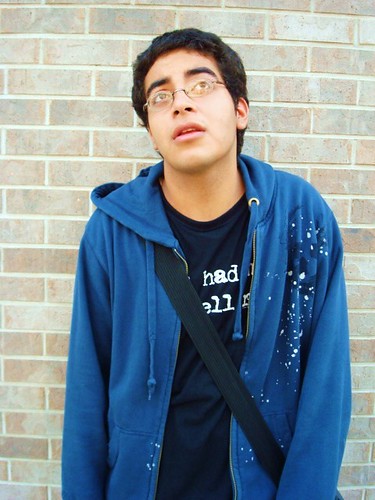 Top Ten Books You Should Have Read in High School, But Didn’t

Don’t let the title fool you, this book isn’t really about a farm. Sure, there are animals, but they represent people suffering under a totalitarian society (about Soviet Union after WWII). Spoiler alert: the pigs are the bullies.

Flappers, parties, and rich people living it up in the jazz age. This book is really just a tale about yuppies in the 1920’s, and the realization that money can’t buy happiness. Just throw around the names Tom and Daisy Buchanan and people will think you know what you’re talking about.

3. The Catcher in the Rye

This is a story of teenage angst and rebellion, and it actually has some bad words and sex in it, so you might like it. The main character’s name is Holden Caulfield, and he is telling the readers about a crazy two days he had wandering around the city after getting expelled from prep school (before finding himself in a mental hospital).

This is one of those books where you follow the main character throughout his whole life just hoping he has a happy ending. In this story, the character is named Pip, he’s an orphan, stuff happens to him, and he gets the girl in the end.

Teachers make you read this book to learn about life in the South during the 1830’s. It’s all seen through the eyes of Huckleberry Finn who has many adventures while floating down the Mississippi with an escaped slave.

You guessed it, this is not about mice. It is, however, about men; they are migrant ranch workers trying to find work during the Great Depression. All in all, it’s rather depressing. George and Lennie are BFFs and in the end George shoots Lennie in the head (out of love).

This is the book that will make you glad you didn’t grow up in 17th century Boston. The Puritans were ruling with an iron fist and brandishing all adulterers with the letter “A.” This was even before the whole witch trial thing… it seems the Massachusetts people had a lot of crazy to get out of their system.

The story of a bunch of sisters (Meg, Jo, Amy, and Beth) and their mom living in a house together (the dad is off with the Union army). They are kind of like the Spice Girls in that they all have their own defining characteristic, but instead of being sporty or scary there is a teacher, a nice one, a show-off, and a tomboy.

9. Lord of the Flies

Ever wonder what happens when boys are left to their own devises after their plane crashes on a deserted island? Well, it ain’t pretty. With no laws and not a single police officer they end up going totally savage and even end up killing one of their own. The moral: society can unravel really quickly.

10. To Kill a Mockingbird

This is another book about the South (only it’s about 100 years later than Huckleberry Finn), and racial tensions are still high. Slavery is gone but there still isn’t equality, and a black man is wrongly accused of rape and murder. A brave, white dude is his lawyer.

Topic: 10 Books You Should Have Read in High School, But Didn't