Homepage > 5 Professors You Will Meet

5 Professors You Will Meet 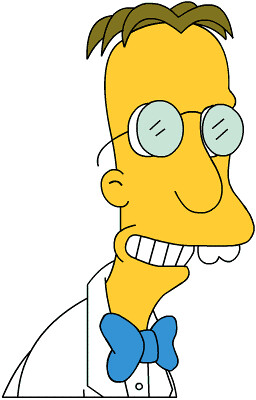 On my last post I discussed how you can get more information about your professor before enrolling in his or her class. So, I thought I would continue with that theme and fill you in on some of the typical professors found on every campus. If you stay in college long enough, you are bound to have a class with one of these characters:

In their defense, college professors are burdened with more responsibilities than ever. Not only do they have to teach several classes with possibly a few hundred students, they’re also expected to conduct research, publish books and articles, sit on committees, attend school events, serve as student advisors, and more. However, the ones who suffer (besides the stressed out professors) are the students.

The overextended professor usually arrives to class in a whirlwind and running about five minutes late. Their hair is disheveled as is their briefcase and class notes. You’re never quite sure if they actually planned their lesson or if they’re just thinking it up on the spot. They have a tendency to lose your papers and issue assignments that they never bother to collect. The only benefit to this kind of teacher is that you can usually turn in assignments late and suffer no repercussions.

You might have thought they only existed in movies and cartoons, but if you take enough science classes you will come across the quintessential nerdy professor. You will recognize him by his incredibly thick glasses, which apparently don’t improve his vision since he can’t see anything that isn’t within two inches of his face. He usually tells jokes that you don’t understand and is known to ramble about topics that are way over your head.

If you have a pretty sound knowledge of the subject before starting the class, you might be able to keep up with this professor. Otherwise, you will likely spend the semester wondering what in the world he is talking about.

Usually you can’t stereotype instructors that teach the same subject, but every economics professor that I have met has a similar personality. Economics is a core requirement for many majors, so it is likely that you will have to deal with one of these guys.

They believe that they have the world figured out and that most questions have a definite cut-and-dry answer. They almost always wear a tie and generally look as though they work at a bank. Their lessons are incredibly uncreative and it is likely that they will use the same overhead projection sheets that they have used for the past 15 years. Perhaps the best way to understand them is to think of a philosophy professor and then envision the exact polar opposite.

Every major has a few professors that consider themselves geniuses. In truth, many of them are quite brilliant and seem to know a little (or a lot) about everything. However, their intelligence has swollen their egos and they seem to thrive off of toying with young student minds.

Typically, they enjoy debating and let you blabber on, batting you around like a cat with a mouse, until they come in for the strike and display your ignorance to the entire class. Sarcasm is their modus operandi, and heaven forbid you walk into class late. Skipping the class is probably preferable to coming in late (unless you enjoy a verbal lashing). That said, you can actually learn a lot from one of these geniuses if you are able to get on their good side.

There are always those professors who think that working on campus keeps them forever young. They friend all of their students on Facebook and are constantly arranging out of class “study groups” which usually meet at a bar. They try to chat you up between classes, ask you for rides across campus, and are always making references to pop culture and rock and roll.

If you get friendly with one of these professors then you can pretty much get away with anything in class. They are the first ones to curve your grade or tell you the answers to the test the day before you are to take it. However, if you are the type that simply likes to go to class, take some notes, and get out then you will probably find this professor annoying.

There are several other types of professors, but these are the five that stand out most in my mind, and I have come across them in regular and online courses. Can you think of a “type” of professor that I haven’t mentioned? If so, let me know in the comment section below.

Topic: 5 Professors You Will Meet