Homepage > Christmas Movies that Do and Don't Suck

Christmas Movies that Do and Don't Suck 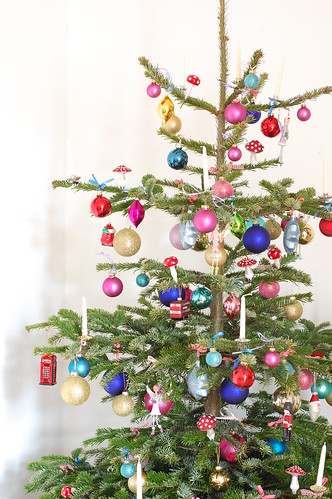 So, by now your final exams are over and you’re likely enjoying the much awaited winter break. I don’t know about you, but after a long, hard semester I like to completely shut down my brain and spend a week or two with some mindless entertainment. Naturally, movies make a great fit into this planned vegetation, and during the holidays, there’s no shortage of Christmas movies available on TV and Netflix.

I feel it is my duty to watch at least one Christmas flick during the season, and over the years, I’ve seen quite a few holiday films. There are a whole slew of terrible movies, and a few that are actually worth seeing. So, if you’re settling in for a night of Christmas cinema, here’s a list of the top three movies to avoid and three that aren’t a total waste of time.

Anything on the Hallmark Channel

If you flip past the Hallmark Channel you’ll notice it has become overrun with holiday films. Take my advice – don’t bother. If you’ve seen one of them, you’ve seen them all. It’s the typical romantic comedy, only cheesier and with a Christmas twist. No matter how hard they try, we will never believe Santa or fairytale romances exist.

I know there are people who absolutely love this movie, but I’m sick of it… in fact I never really liked it. It just seems to drag on and on. I could have sworn it was at least a 3 hour movie, but when I looked it up, I discovered it is a mere 94 minutes. I suppose part of the reason it seems to last forever is because there’s always one TV station that has it running on a loop on Christmas day, and no one in the house ever seems to change the channel.  Yeah, the kid almost shoots his eye out after his mother warned him he might – why is this funny?

Jingle All The Way

Want to see Arnold Schwarzennegger run all over town trying to get his bratty kid a toy? I don’t either. Yes, I realize it is meant to satirize the commercialization of Christmas, but it’s too much slapstick and silliness. It might be ok for someone under twelve years old, but it will leave everyone else rolling their eyes.

I’ll take Will Ferrell just about any way I can get him, but I absolutely love him in this movie. I hate to use this term, but it really is “fun for the whole family.” There aren’t very many movies equally entertaining for your five-year old nephew, your tattoo artist cousin, and your 80-year old grandmother. I find myself saying quotes from this movie all year long… especially when I get into an elevator.

I realize Bill Murray’s heyday was a couple of decades ago, but he truly is hilarious. If you haven’t watched his movies, you should take some time over the break to watch a couple. Start with Scrooged. It has the traditional Christmas Carol plot, but is funny and a little dark (although, it still manages to throw in some holiday spirit). Also, even though it’s not a Christmas movie, Groundhog Day is another Bill Murray comedy you’ve got to see.

You knew this movie would be in the list, didn’t you? Everyone’s Christmas tradition should include this film. After all, don’t we all have a little Griswold in us? Who can’t relate to awkward, unwelcome relatives, Christmas lights that just won’t behave, and the general feeling nothing seems to work out no matter how hard you try.

What are some Christmas movies you love and hate? Let us know in the comment section below.

Topic: Christmas Movies that Do and Don't Suck