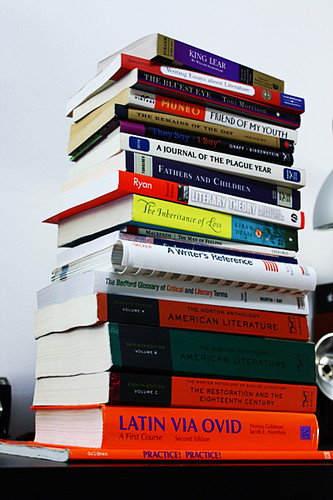 You've likely already chosen your classes for the spring semester and are looking forward to being that much closer to earning your degree. However, the longing for graduation is somewhat marred when you STILL haven't chosen a college major. Deciding what you want to do with your life is a difficult task; especially when you have a variety of interests... or no interests at all. Don’t despair. Unless the job you want is really technical or requires special training (engineer, forensic psychologist, doctor, etc.), your major doesn't exactly pigeonhole you into one career. In fact, many people end up working in areas totally outside of their area of study. Here are some famous examples:

George Bush & John F. Kennedy - Both were presidents and both majored in history.

Michael Eisner - Studied English yet somehow ended up the CEO of Walt Disney.

Gene Simmons - Nicknamed "The Demon," this co-founder of KISS actually studied education and spent a few years as an elementary school teacher.

Teri Hatcher - It's surprising that someone who usually plays kind of a ditz on TV actually has the mental chops to have majored in mathematics and engineering.

Tiger Woods - He's one of the world's top athletes, but studied economics in college -- maybe his education is helping him keep track of all his money.

Hugh Hefner - Hef has used his psychology major juju to build the Playboy empire and to secure himself a harem of women.

Ray Ramano - This self-deprecating comedian actually seems like he would make a good fit into his originally chosen career path -- accounting.

Willard Scott - Now a Today Show weatherman, he graduated with a degree in philosophy and religious studies. I guess those weathermen really don't have any idea what they're talking about.

Will Ferrell - This funny guy has a degree in Sports Broadcasting. Who knew he really was an actual anchorman?

Carly Fiorina - You've probably never heard of this person, but she has one of those degrees most people would call useless (Medieval History and Philosophy), yet she achieved the position as CEO of Hewlett-Packard.

As you can see, the most important thing is just to get an education, and look for opportunities as they arise. So, stop worrying about your major and just pick one already!