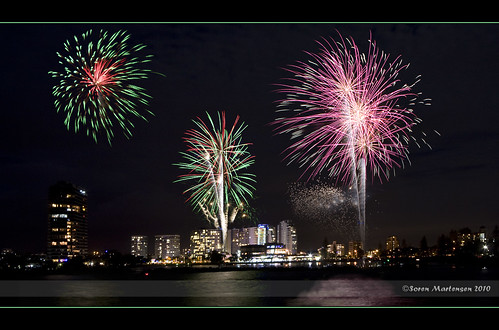 It’s December 31st. You’re still on break from school, you’ve finished all your obligatory family functions, and it seems like the perfect night for drinking, partying, and general debauchery. But, should you really begin the night with a “no rules” attitude? Unless you want to start your new year sick, disappointed, or full of regret, I suggest you follow these New Year’s Eve rules:

1.  Stay away from crowded, drunken parties.

A crowd of people with champagne glasses raised at the stroke of midnight is the epitome of New Year’s Eve.  Although this is a great mental image, it rarely works out that way. If you get too many people together with free-flowing alcohol, things are bound to get messy – literally. Chances are someone WILL puke … and it just might land on you. If no one throws up, there’s going to be at least one person who gets partly, or completely, naked … and that person could be you. If those things don’t happen, you or someone else will likely cry, drunk text, divulge secret information, tell obnoxious jokes, or be an overall embarrassment. Do you really want to start 2012 in shame?

2. Don’t spend the evening in your gaming chair.

Just because you don’t want to get drunk and make a fool of yourself doesn’t mean you should spend the night alone playing a Call of Duty marathon. And no, you can’t count teaming up with your clan buddies Assasin424 and Bloodsquirt12 as being with friends. You need to be with real, live people that you’ve actually met in person. No matter how much you try to convince yourself it’s just another night, the way you bring in the new year sets the tone for all of 2012. So, be with people (even if it’s just a few) and have a night to remember.

No matter where you go, someone will undoubtedly bring up the issue of New Year’s resolutions. Everyone wants to know what life changing scheme you’ve got planned for this year. Although some of the people in the room may care, 90% of them are only curious so they can watch your eventual failure. Besides, who ever thought it was a good idea to set goals on a night when most people are tipsy and still trying to emerge from their Christmas food-comas? If you truly want to set a resolution, give it a few days until the hype of the holidays has died down, then take some time for real self-analysis – in private.

There you have it … just three simple rules. If you follow them, tomorrow you should wake up satisfied with your evening and ready to take on 2012.