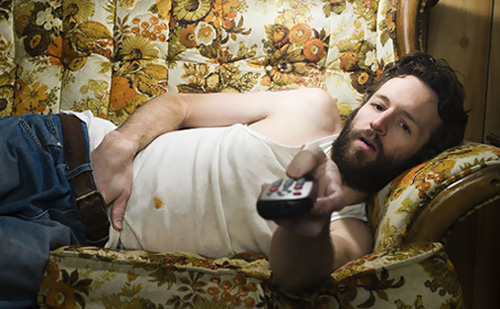 Well, the semester is almost over and by now your roommate is probably getting on your last nerve. Whether your chose to bunk with your best friend or if you were assigned a roomie by the college, living with someone has a way of making you loathe people that you would otherwise enjoy being around.

The worst part of it all is that most of the stuff that annoys you really isn’t all that bad (from an outside perspective). Thus, you really have no right to complain without looking like a total jerk. So, with your jaw clenched tight, you suffer in silence and mentally visualize punching your roommate in the face as you pretend to listen to whatever it is he/she (I'll use "he" from here on out to make things simple) is talking about.

Even though our criticisms may be petty, everyone needs to vent, so I’ve provided a list of roommate pet peeves. Most of these things don’t seem like they would drive you crazy, but experience them day in and day out and you are ready to pull your hair out. Hope this list is cathartic for you, and feel free to add some of your own roommate annoyances in the comment section.

There’s only so many times you can hear the same Black Eyed Peas’ song before you are ready to rip the phone out of your roommates hand and crush it under a hammer. Don’t even waste your time trying to change it to a different song when he's not looking. He'll just say something like, “hmm… that’s weird, my ringtone changed” and then timmediately switch it back to the Black Eyed Peas.

You’re a pretty healthy person and try to eat mostly nutritious food. Then, in walks your roommate with bags full of chips, soda, and gas station cheese dip. The sight of his crumb covered shirt and cheese sauce dribbling down his chin is utterly repulsive, but how can you say anything without seeming totally pretentious and self-righteous. It’d be fine if this happened only on occasion, but it’s a nightly routine. Disgusting.

Ok, this one is a little iffy. Some people say that it’s fine to say something when other people are using your stuff, but if it is a friend you’ve known for years, it seems kind of nitpicky to make a big stink about a pair of socks. Trust me, if you see it enough, the sight of your clean socks on your roommate’s grubby feet will drive you to find a secret hiding space in your closet for all your footwear.

4. Putting sodas in the freezer

You try to talk him out of putting sodas in the freezer by reminding him of the last coke-explosion, which resulted in brown, sugary syrup covering all your frozen foods. Of course, he’ll simply brush off your admonition with something like, “I’ll just put them in for a minute to get them a little cold… don’t worry, I won’t forget about them.” But, you know how this is going to play out: your roomie will sit down in front of his laptop and get lost in Facebook land, a few hours later he will come sprinting into the kitchen, rip open the freezer door, shout some type of expletive, shrug his shoulders, and go back to his computer. You wait a couple of days to see if he’ll clean it up… it never happens.

In a move that seems to defy physics, he fluidly walks through the door, keys and books in hand, while simultaneously pulling off his shirt and disposing of it directly on the floor. It’s as if he equates house with shirtlessness.  From such repeated exposure, the image of his chest hair and manboobs (as a result of pet peeve number 2) are forever burned into your retina.  Yet, despite his physique, he still has hope of starting a career as a police officer. All you can do is shake your head and wonder. Naturally, this one only applies if you have a male roommate (I doubt many females go around topless… although, if they did, there would probably be a lot more guys looking to share rent with the ladies).

If your roommate is about to drive you crazy, don’t worry, there is hope. In a few weeks you will go home for winter break where you will be reminded that living with your parents is far worse. Then, you will return to college ready to embrace your roomie and his annoying habits.