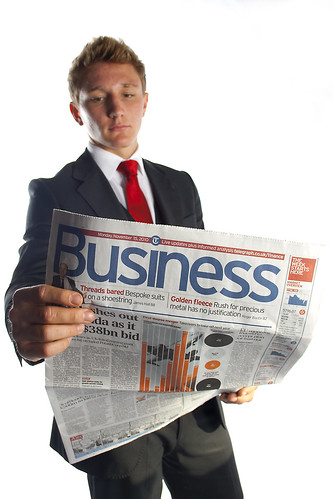 A couple of posts ago I discussed the types of professors you will likely meet in college. I realize I was typecasting teachers of certain majors, and if I want to be fair, I should also talk about some of the students found on campus. So, in response, I've created this list:

Characteristics of People in Popular Majors

Ironically, most psychology majors seem half crazy themselves. They spend so much time thinking about feelings and emotions that a lot of them get "stuck in their own heads." Beware of dating someone of this major because they always seem to want to practice their newly learned Freudian skills and will analyze you and your relationship to utter exhaustion.

History majors are great to have around on trivia night at the bar, but they also have a way of making you feel incredibly stupid. Once they have reached their senior year, you can forget about trying to debate anything with them because they always end up saying something like, "Well, if you know your history then you'd know that …" And, of course, you can't argue back because you really don't remember that much from history class.

Those in political science are notorious arguers (I suppose, it goes with the territory). They are always the first ones to challenge the professor during a class discussion, and they get great satisfaction from proving anyone else wrong. History majors may unwittingly make you feel stupid, but political science majors go out of their way to make you look dumb.

Philosophy majors spend most of their time thinking about stuff (except what type of job they hope to get with a philosophy degree). They are very intelligent, but much of their smarts go to waste since most people outside of their major have no idea what they are talking about.

Students in this major are some of the most pretentious people you will find on campus. In high school they were band geeks, but go to college and all of the sudden they are gifted musicians. They think of themselves as artists and as being the most talented major in the college.

Like their professors, these people think  they've got life all figured out. They consider their major to be the only one of value, and they have no problem letting you know. For them, money truly is the great motivator and anything that doesn't lead to it is a waste of time.

Art majors consider themselves as part of a counterculture and thrive off being non-conformists (although, paradoxically, they all seem to dress and act alike). Also strange about this group is that many of them come from rich and privileged backgrounds. I suppose they have the freedom to explore their whims in college since they have daddy's money to fall back on.

You know they exist, but you rarely see them because they are usually holed up somewhere in the library studying. They tend to stick to their own kind since most other students don't deem a night of quizzing each other with flashcards as a good time.

Computer science majors are unabashedly geeky since they know that their nerdiness is likely going to lead to a great job or that they will be the next great software developer. They may have a hard time getting dates in college, but once they graduate and start making the big bucks, they can have their pick of women (sadly, I don't think it works quite the same for female computer science majors).

You can easily recognize a natural science major (biology, botany, geology, etc.) as they always look as though they are dressed for the field -- all-terrain shoes, cargo shorts, some sort of eco t-shirt, and a ponytail (both the men and women). If they need to dress down, they trade their all-terrain shoes in for Birkenstocks.

Although these are different fields of study, these two groups tend to harbor students of the same personality. They always seem to be complaining about the difficulty of their classes even though their curriculum is much less rigorous than most other majors. And for people who are supposed to be the caretakers and role models of society, they can party and drink anyone under the table.

Is there a stereotype that I've missed? If so, let me know in the comment section below.